An avid experimentalist, Vhils has been developing his notion of the aesthetics of vandalism in the form of stencil painting, wall carving and pyrotechnic explosion-drawings since 2001.

His work often turns ordinary people into icons, with the majority of his subjects being individuals found within the communities where his art is located. These icon-like subjects enable the viewer to consider ordinary citizens on equal footing with public figures who have historically influenced society.

In 2014 Vhils was commissioned to produce this wall carving in response to the neighbouring Phytology medicine garden and its collection of medicinal plants. The wall piece explores the interconnected and complex relationship between humans, plants, and medicine. 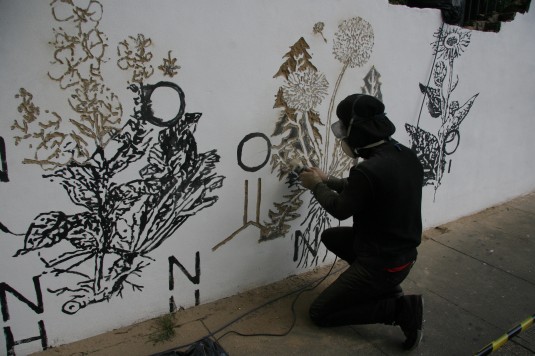