Fiona Banner aka The Vanity Press is artist in residence throughout 2020.

To kick-off her site research, Banner hand painted the Phytology billboard hoarding nestled within the woodland. Week by week adding new letters and words to form the phrase ‘The Retrospective Has Been Cancelled’. The letters were not painted sequentially, with Banner instead forming short concrete poems from the letters available: “A Bee”; “The Has Been”; The Rose Has Been Led”.

The phrase The Retrospective Has Been Cancelled addresses the hubris associated with grand ‘retrospective’ exhibition making in traditional galleries and museums. The fallacy of ‘looking back’ with objectivity, the mythologizing of history that is the consequence.  It’s a call to re-imagine the future of exhibitions and public art in the post-covid landscape and ongoing climate crisis where outdoor spaces such as this nature reserve become ever more important. Over the duration of the billboard commission Banner has also been making a series of artwork interventions inside the nature reserve, exploring what art making can be outside of the gallery space; not just depicting nature, but in tune with nature, accessible to the human visitors but also the foxes, the cats, the worms that call the reserve their home.

Fiona Banner (b.1996 London) often works under the moniker of The Vanity Press, the imprint she established in 1997 with her book The Nam. Her work centres on the problems and possibilities of language, both written and metaphorical. She has published many works, some in the form of books, some sculptural, some performance based. In 2009 she issued herself an ISBN number and registered herself as a publication under her own name. Humour, conflict and language are at the core of her work. 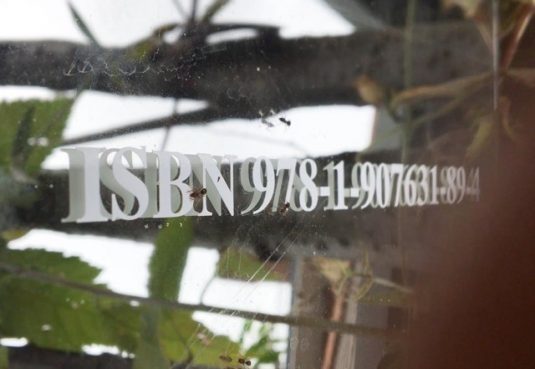