Nash is from County Cork, Ireland, but currently lives and works in London. His writing has been featured in various magazines, anthologies, and exhibitions, and he is currently finishing his first book, which will be published this year.

(The plum tree shelters a prostitute)

2.
A croptop isn’t much of a mattress
so her shoulderblades slide into the topsoil
like trowels. Nor is she much of a gardener:
she wouldn’t know a portobello from her elbow. She doesn’t know which leaves to pull at.
Real gardeners cut their fingernails.
That was not a plum that burst.

3.
Always, at some point, there’s a splice
and a whole new vocabulary is needed –
a word that means twig and finger;
another that betrays the quickness
of blood and the slowness of sap
at one and the same time;
and what do you call it
when you don’t know if that’s an insect that’s scuttling down you or a bead of sweat?

4.
In winter it’s too bare for her here
and I suspect she knows an evergreen canope somewhere that applauds her in the gust
and in stillness
throws the moon back at itself.

5.
I’ve learned that things are
circular and specular.
Therefore: always, at some point, there’s a split, a pulling out:
the earth eats what’s left of her hair
and the plums too. Everything is kevlar. Our Englishes break up.

What the People Want

Anyway, it’s no wonder.
Up there are fistfulls of copper

Punching into stars.
And these people don’t have time

They want to see the lion’s mouth Roar open with light.

They want a bright life and a quick death.
They want opening ceremonies, birthdays, bonfire night

And I don’t blame them.
I could never tilt their faces

To these small ejaculations, this flotsam, These parachutes in the grass.

With these I toss myself out.
With these, I can count the ones who love me, love me not.

A project by Duncan Robertson and Lucía Montero 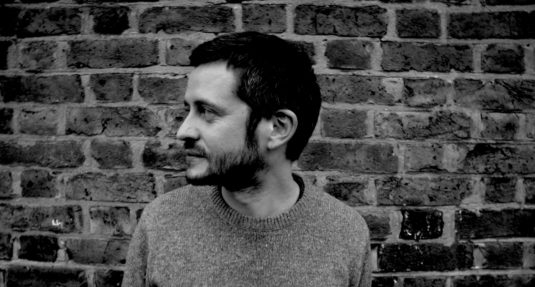