Marsh Mallow is a perennial herb originally from Africa. The plant is now commonly found in a wide variety of urban environments.

Marsh Mallow can reach more than 1 metre in height during the vegetative period. The short-stalked leaves are broad with three or five lobes and toothed along the leaf margin. Marsh Mallow has white flowers, with pale purple lines along the petals, similar to the common Mallow.

The stem, and in particular the root systems, emit mucilaginous substance when they are cut. The plant is historically known for its medicinal properties and used to treat the irritation of mucous membranes. 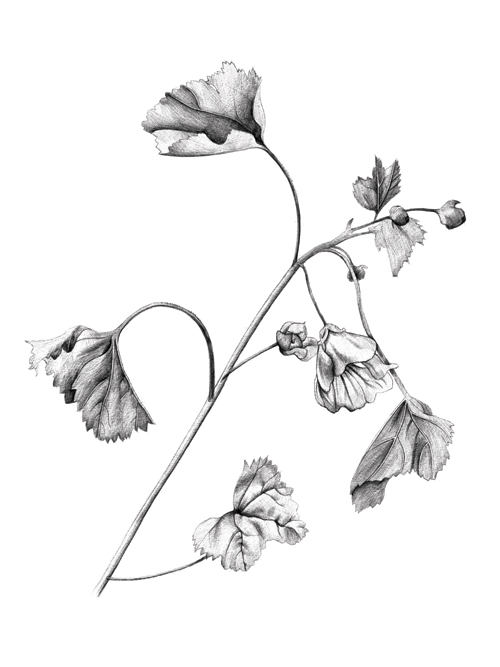