Greater Burdock is a biennial plant with crimson-violet flowers. The flower heads produce the famous ‘burrs’ that give Burdock its name.

The plant is typically found on waste ground in cities, towns and the countryside.

Greater Burdock has been used as medicine in China for more than 3000 years1. Its Latin name comes from the Greek word ‘arktos’, meaning ‘bear’, alluding to the roughness of its thistley burr.

In Old English, the name for Burdock was herrif, aireve, or airup, derived from the Anglo-Saxon ‘hoeg’, a hedge, and ‘reafe’, a robber. 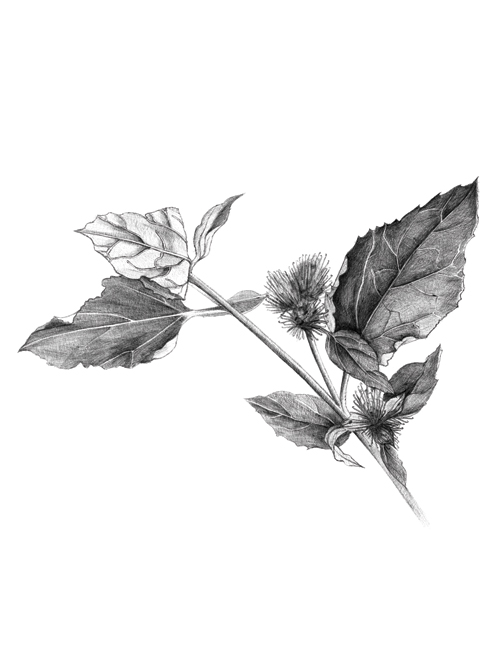