Chamomile is a herbaceous annual plant belonging to the Asteraceae family.

The plant grows 15-60 cm tall, with an erect stem and leaves that divide up to three times along the stem. Chamomile blooms in early to midsummer. The flowers are positioned at the apical part of the plant, with a yellow central area and wide white petals.

The name Chamomile comes from the Greek, meaning ‘earth apple’ and refers to its strong, aromatic smell.

Chamomile is a well known and commonly used tea product. It has been included in herbal remedies for thousands of years, known in ancient Egypt, Greece, and Rome. In the Anglo-Saxons world it was believed to be one of the nine sacred herbs given to humans by the lord.

Chamomile has a south East Europe origin and is now widely distributed across North America and Australia. It grows on poor soil condition and in open areas such as roadsides and parkland.

The information provided here is only intended to augment people's awareness and knowledge of the properties and uses of some plants. This information is not intended to substitute advice from a physician and is not a substitute for professional medical care. The authors do not recommend collecting and using wild plants from an urban environment as these can be contaminated by several types of pollutants that are harmful to human health. Although references are provided and information has been compiled with care, errors may be present. The remedies listed here should not be used without prior consultation with a qualified healthcare professional. The authors are not responsible for any adverse effect or consequences resulting from the use of the information published in this website. 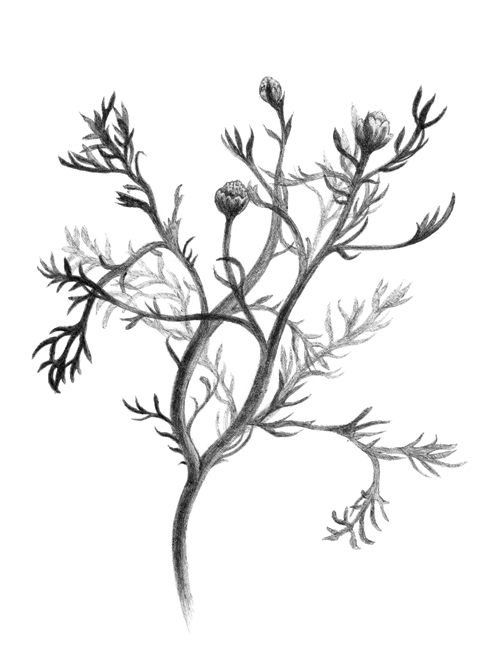