The Nature Reserve will be open for drop-in visits each Saturday 2pm – 4pm, 7th May till 10th December, 2022. No prior booking is required during this time.

Please get in touch if you would like more information when planing your visit – info@nomad.org.uk.

The Nature Reserve has a delicate and complex ecosystem of plants, bats, birds, trees, soil, fungi, amphibians, insects, invertebrates and mammals (including people). We collectively want this space to exist and nurture a diverse urban ecosystem for many years to come.

How to get involved: We invite anyone to become a site caretaker. Site care can take many forms, including:

We ask everyone accessing the site to help care and conserve the site. We can arrange an introduction on how to support the Reserve tailored to your interests and abilities. Taking care of the Reserve is a great opportunity to connect with the natural world on your doorstep.

Please contact info@nomad.org.uk if you would like to join our team or hear more about the history of this unusual and remarkable place. We are a voluntary group so we really appreciate your patience while waiting for a reply.

Records and old maps show that fields, market gardens and nursery gardens persisted here from mediaeval. In 1717 records describe the area as ’47 acres of meadow and pasture’. When industrialisation arrived in the 19th Century it brought urban poverty with it and an end to rural Bethnal Green.

In 1839 the Bishop of London called it ‘one of the most desolate parishes’. He undertook to build ten new churches and in 1842 the acreage was bought and work on St Jude’s began. The church took four years to build and finally opened its doors in 1846. It was a grand church, big enough to hold one thousand worshippers, and performed an active social functions with library, food kitchen, institute and school.

In 1940, during the Second World War, it was bombed and totally destroyed. The ruins of the complex remained untouched for years gradually becoming wilder and wilder.

Eventually a few local people – including a core group of mothers who were home-schooling their children – realised its value. Helped by the Environment Trust they started to clear the land.

In the 1970s the Tower Hamlets Council decided to fence the site in and lock it up to protect the area from fly-tipping. In the late 1990s the local Teesdale and Hollybush Tenants and Residents Association became the site custodians and, with the support of Tower Hamlets Council, took responsibility for St Jude’s as it was still called locally. They have been caring for it devotedly ever since.

Since St Jude is the patron saint of lost causes they changed its name to the more hopeful (and appropriate) Bethnal Green Nature Reserve. Plants grown today in the Nature Reserve as part of Phytology have a similarly long history. Our planting scheme would have been recognised by the Old English Herbarium that was translated from a 5th century Latin text in around 1,000 AD. A widely used text, it detailed the medicinal use of plants and continued to be popular in Britain and across Europe for centuries. Its lessons have long been part of traditional knowledge.

The Phytology project can be visited on other days by pre-arranged appointment. 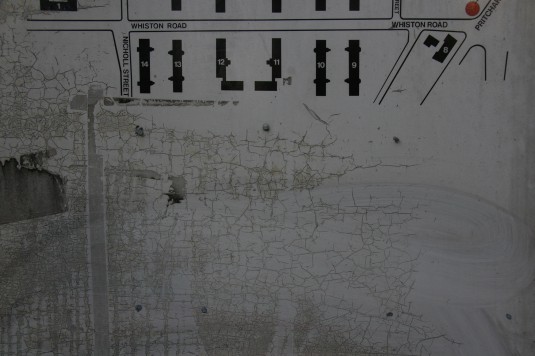