This billboard is the second of three hand-painted texts, part of a series of questions, observations and statements reflecting on this space, the environment and representation.

‘wecomewithourquestions’ is part of an intergenerational conversation between climate activist Daze Aghaji and curator Adelaide Bannerman. The questions presented on this billboard have come from recent discussions with local stakeholders, reflecting on the Nature Reserves’ current meaning and future role for surrounding local communities.

This series of billboards (and associated postcard interventions) have developed out of Bannerman’s 2020 research residency at the Bethnal Green Nature Reserve.

This large billboard hoarding hosts an evolving and eclectic series of artworks across the year. The billboard is intentionally incongruous within the overgrown site, aiming to challenge ideas of value and resilience of wildness within our urban ecosystem. 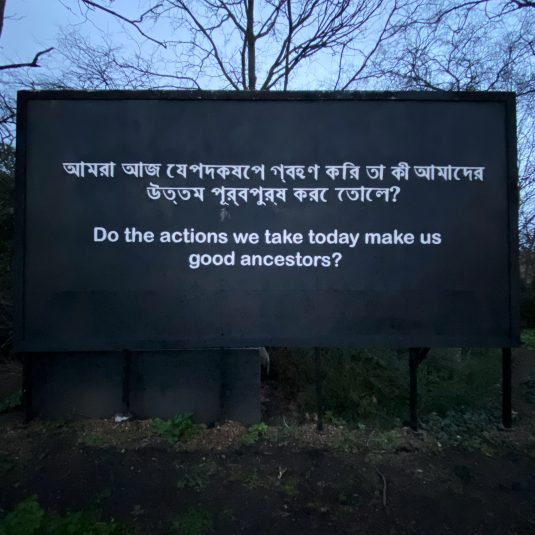